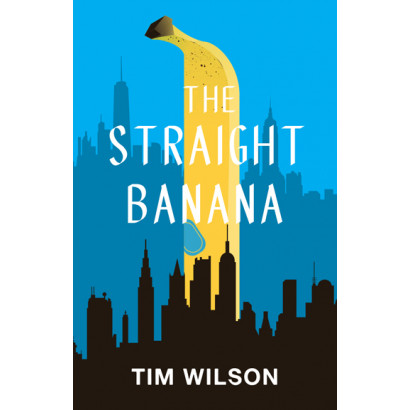 New York, summer of 2007. The Iraq War still rages. Domestic terror threats abound. The iPhone is about to launch. But the biggest story is straight bananas flooding the city, overtaking crack and heroin. Rich or poor, no one can resist peelin’ straight. Is it a plot? Immigrants are being rounded up. Fifth Avenue parties become brawls. Paranoia rules. Meanwhile, the country is falling under the spell of a grotesque reality TV star.
Our hero, intrepid reporter Tom Milde*, has the scoop. But first he must battle his steel-briefcased rival Samson Agonistes, and his own straight banana addiction. Can Milde save his sordid reputation, as well as the Big Apple? Going live in 5, 4, 3, 2—
* Thomas Tudehope Milde, New York Correspondent for PLC** TV, and star of the “exuberant” (New Zealand Listener) and “bloody funny” (New Zealand Herald) News Pigs (VUP, 2014).
** The Plucky Little Country, pop. 3.8 million: Milde’s motherland: social laboratory and cheese larder (particularly Gouda); widely admired for the nobility and humility of her inhabitants, her beautiful weather, and her dominance in the sport of curling.
Tim Wilson is the author of two previous novels, Their Faces Were Shining (2010), which was shortlisted for the 2011 New Zealand Post Book Awards, and News Pigs (2014). He has also published a collection of short fiction, The Desolation Angel (2011). He currently lives in Auckland, but was TVNZ’s US Correspondent for seven years. Besides numerous New Zealand publications, he has written for the Guardian and the New York Times.
Cover by Tim Denee.

From: The Straight Banana, by Tim Wilson

“There is no bad time to be drunk, nude, and tied to the load-bearing column of an agreeable stranger’s agreeably déclassé pad on New York’s Lower East side, but perhaps the very best time is 3.38 am . . .”

Vertical and horizontal back-fat blanches against the knots and ropes currently constraining the Mildean midriff. Said twine also tethers his withered wrists, and ankles most kindly described as “dainty”.

Clothes lie discarded on the exposed plank flooring, sartorial cards dealing a hand of dignity undone, of shame embraced: the too-tight-in-the-tum Keith Bruce jacket, the pants somewhat flappy in the calves; the Urban Raha tie—noose of credibility!—and lastly, inglorious gruts, a loincloth that would shame a murderer in his electric chair.

How does a tippler find himself so tied-up? A journalistic legend, once known as a “rabid dog”, now tethered like a house pooch! Most recently breasting the shoals and seas of free-to-air broadcast telly as U.S. correspondent for the PLC’s Erewhon TV!3

Or, as his editrix and boss at Erewhon, the doughty Rita Hurrikin constantly reminds him, “Pictures always £%#$in’ win!”

Bemused Milde! Celebrant and aficionado of Rubenesque feminine pulchritude, which—in malnourished, BioDynamic diet-obsessed NYC—is like the Bedouin / water paradox. A published poet,5 even! And down to about nine drinks a night.

How can such an on-the-up-and-up sorta fellow find himself trussed up like a Chrissie prezzie, awaiting a possibly unreliable lassie?

“You should date more.”

Our story is beginning.

VB shakes his noble head. “Sporadically, accidentally . . . You are not as other men, Tom.” Pause. “It’s not just the dating. Or non-dating. You live in Spanish Harlem. Who lives there? Poor people!”

Milde winces internally. Our Herodotus has just called his brother to borrow rent dosh. Just until a delayed Erewhon payment lodges in the Ponce de León National account held in the name of Thomas Tudehope Milde.

VB, rising, assertive: “You’ve got a pretend part-time job on TV for your toy country. But have I seen you on ABC, NBC or CBS? No. You produced a book of poetry. Once. Where’s the next?”

Sincere VB, whispering: “You’re still in between, old sausage. Too gentle. Too polite. Too . . . mild. A colonial with cow’s mud on your breath. A bumpkin in a big town that asks only one question: Are you an Alpha, pal, or are you a Beta?”

VB oozes thus, rather than queries, multitasking, peering into the Cyclops-eye of his BlackBerry.

Milde frowns. “They’re beautiful, VB. Anyone can see that. Their hips . . . their curves. The softness of their arms. Their . . .” His voice trails off.

VB regards him with pity. “Admit it, you think Bubba Gumbo is hot.”

Pheeb pulls out what appears to be an ugly makeup mirror from her bag.

“Nope. Ford Crown Vic. Taxi side mirror. Mother£%#$er tried to cut me off on Bleeker.”

She presses something into his hand. A banana. Perfectly straight.

Milde is tired. When was the last time he’d had a night in?

Phoebe: “And you gotta read FM 3-24. We’re not going to a Foreign Affairs party until you do.”

How strange solid food tastes. Is that turmeric?

It’s about 2.10 am, the time when heading home is an admission of defeat.

Four years in Manhattan and Milde hasn’t written a coruscating review of a slim European novel for The New York Civet. Or scratched out a sniggle-making portrait of a reliable roué for The Remora, the magazine he came here to fight his way into. Or won a heart worth boasting about . . . okay, any heart. Or even—just once—dominated a room as icon, poet and sage Guillaume Apollinaire pwned Paris, pre-Great War.

Oh sure, there’s the TV. But that’s ephemeral. Milde’s old curling coach, Coach Kevin, a hoarse-voiced, pie-faced goad from his childhood, had always decried a deficiency of “mongrel”.

He tried! When not working, he attended up to five parties a night with VB and Pheeb. Networking. At every party he distributed the Erewhon TV business cards he’d had FedExed from the PLC.6 And after every party, he tapped out ingratiating emails to the hosts or hostesses. Where did they go?

“Maybe I don’t want to go to the edge,” thinks Milde, taking out his bullet-holed wallet7 and buying another round. He doesn’t want to return to the Spanish Harlem Bureau8 yet, either. Home = sleep, and sleep = teeth dreams, and teeth dreams = horror.

In the corner of the bar, also satirizing reality: a stocky man wearing makeup and a dress. VB nods approvingly. “Obviously, you’re not in Australia anymore . . .

VB waves a trembling, frail paw. “But we’re in Manhattan. The Big App. De facto capital of the U.S.A.! America, old sausage. We own everything. We owe everyone. We bomb what we can’t buy. We rule. Which is why the hottest chicks come here. Behold . . .”

Superficially engrossed, the women return his gaze. Sassy, brassy (U.S. pron.), weedy and too pretty; buff and tough; expletive-flecked: a slump of lady-whippets, hopped up on cynicism and sex appeal. Always made up, almost always on the make, and always posing the question: Scary = hot, right?

“A gamine! Can’t you get a gamine?” He looks up, his face bathed in pale light. “Go native, old sausage.”

LeMay finishes the quote, “He pushed them. And they flew.” Her eyebrows are perfect, her breath riverine. “Apollinaire again, Milde? You’re either plastered, or amorous.” 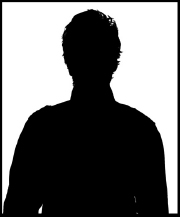 Location: New York, by way of [see above]

Neighborhood: Spanish Harlem, or as we like to say in the hood, “SpaHa”

Romantic attachments: The high life, joxes; but no, nothing on the go, don’t have time really. I’m not lonely, and anyway,

(a) Two Hendrick’s extra dry dirty martinis, five Côtes du Rhône, a deuce of J&B for a nightcap, oh and those other drinks I forgot

(d) When I don’t wake to emails from Rita Hurrikin, my boss, bagging me for sins against journalism

(a) Samson Agonistes, my rival correspondent for His Majesty’s Royal PLC TV, the PLC’s leading network; I hate him, because he’s so good

(b) Guillaume Apollinaire, for his languid manner, fierce heart and unforgettable verses

(c) Whitlyn Woolsley, aka, VB; so wise about NYC. Also Pheeb; kind, and yet tough

(a) The PLC Possum,12 especially the scabrous, silly Jeremiah Mizzle

(b) FM 3-24, which I was eyeballing before everyone else, thanks to Pheeb

(d) How Do You Like It Now, Ladies? St. John Rathbone’s Pulitzer Prize-winning volume of journalism collected from his work in . . .

2 Apart from the orphan sox and Tommy Hilfiger square-toed boots.

3 Plucky Little Country: head to New Zealand, but turn right just before you get there; World Number One at curling, seven years running, one time a while ago, also famed as the globe’s cheese boutique.

5 The Weeds of Love, Glass Half-Empty Press: “An otherwise undistinguished curlicue on the cathedral of the Jellicoe Street school.”—Janet McBane

6 This being an era when such items were still distributed; a time, much like the 19th century, when correspondents wrote long, emotionally charged emails to one another.

7 A long anecdote. Get us a drink sometime; we’ll tell you.

9 Everyone else in NYC calls this apparatus the “CrackBerry”, but VB is no crowd-slave.

10 Note: Incorrect answers may not be untruthful.

12 Where Milde once toiled! 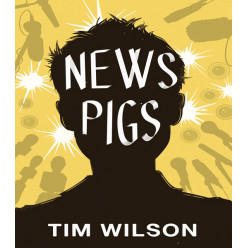 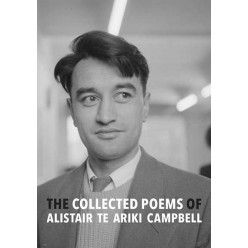