Swallows’ Adventures in the Med

Swallows’ Adventures in the Med shares the stories of our adventures and exploration in the Eastern Mediterranean, over four summer seasons. We had long planned to spend a while exploring the Med, and after 40+ years sailing and voyaging in other parts of the world concluded the time had come!

We found that we enjoyed our earlier voyages in the Atlantic and Pacific more if we learned about the places we visited, beyond navigational necessities. So in our book we share what we learned beforehand and through exploration of the culture, cuisine, philosophy, history and myths, spirituality and civilisations of the places we visited. We have linked these into themes which form the framework for the book.

This is all bound together with three overarching experiences, that we feature through the book both in words and pictures:

Our timing was prescient. Soon after we had completed circumnavigating the perimeters of the Eastern Mediterranean with a return to Ithaca, depicted on the front cover, global travel shut down. We hope to complete the project with an exploration of the Western Mediterranean before long. 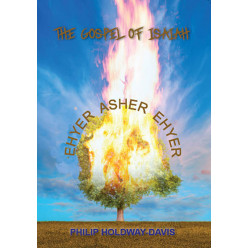