Ambition: What New Zealanders think and why it matters 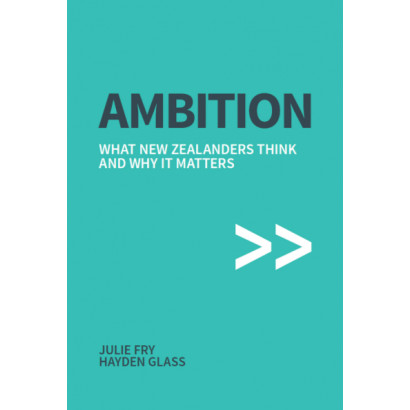 What does ambition mean to you? Are you ambitious? Why do you think you are this way?

This book looks at ambition and what it means to be a New Zealander.

It examines the way we formulate and share our dreams and plans with each other, and explores how ambition might be connected with business, our personal lives, and our national identity.

From: Ambition: What New Zealanders think and why it matters, by Julie Fry and Hayden Glass

New Zealand is not somewhere you end up by accident. It’s a long way from anywhere, and yet 25 per cent of our resident population is foreign-born, and a similar proportion of New Zealanders currently live somewhere else. The ancestors of Māori were the original explorers, and seeking better seems to be in our collective DNA. As former Prime Minister Sir Jim Bolger put it in an interview with Guyon Espiner, ‘No one in New Zealand came from timid ancestors: the timid ancestors stayed home.’1

But a history of fearlessness is just part of our national story. Like everything interesting, what it means to be a New Zealander is complex and contested terrain, and it is shifting over time and as our population changes.

This book explores one piece of this picture. It looks at our national character through the lens of ambition. It examines the stories we tell about our dreams and the ways we define who we are. It considers whether those stories could be connected to our national economic performance and to our wider societal wellbeing.

Here’s one potential connection. Our economic performance relative to the rest of the world has tanked since the 1960s. From a position at the top of the OECD national-income table we have slid slowly towards mediocrity. Our productivity performance is particularly troubling. Our firms are no longer making valuable enough things or working as effectively as those in other places.

And it is not for lack of trying. A lot of very smart people have racked their brains. Many changes have been made, some painful. New Zealand’s economic policies are generally considered world-leading. We rank highly on international indices comparing competitiveness, on our lack of corruption, on the quality of our tax and regulatory systems, and on ease of doing business.

We’re not complacent: we recognise that we’re far from the rest of the world, and small, and that this creates challenges, including for businesses that want to find a larger market, which need to be bold enough to go offshore when they are still small. And we know that facing outwards has advantages: our export-exposed firms grow faster and pay higher wages.2

So what else are we missing?

New Zealanders have a complex relationship with ambition and a lot of opinions about it. This book aims to provoke a conversation about what ambition is, what drives it, and what it means in New Zealand today.

In our work on this project, ambition especially shows up in three places. One, as we just foreshadowed, is in business, where the questions of economic performance are most relevant. One is in the national character, and the stories we share about how New Zealanders are supposed to behave. And the third is in our personal lives, and how we think about the processes we all have for defining and achieving our own goals.

We’d like to see more New Zealanders feel comfortable being more ambitious about more things: in business, music, and the arts, about the environment, for our people, in our families and communities, and in the way we talk about ourselves, as well as in sport (which we mostly already have nailed).

Whether people change how they behave as a result of this discussion is up to them. But we think this is a conversation worth having.

So let’s start with a story of two famous inventors.

Julie first heard about Richard Pearse in the playground at Brooklyn School (the Brooklyn near Motueka, not the one in New York). Someone got thumped in an argument over whether Pearse, a New Zealander, was the first person to fly a plane or not. One of the teachers dug out the encyclopaedia, which said that honour went to Wilbur and Orville Wright.

As with the wider debate, nitpicking over what constituted ‘flying a plane’ carried on a while longer. It was clear that Richard Pearse had at least got far enough off the ground to crash into a gorse fence. The lawyerese used to describe what the Wright brothers did at the National Memorial in North Carolina (‘the first successful, sustained, powered flights in a heavier-than-air machine’) makes it equally clear that there were decent grounds for a lunchtime scrap.

Pearse himself conceded that he wasn’t the first to fly on that definition, but looking back, what interests us is why a bunch of primary-school kids found it so plausible that a New Zealander both invented the first ever plane and didn’t get credit for it.

The invention part was a no-brainer. The kids at Brooklyn School (roll then 60, now 110) grew up in a farming community around people who literally did clever things with numbereight wire. After the tobacco industry collapsed in the early 1980s (you knew we used to have a tobacco industry, right?), Julie’s father decided he was going to farm kūmara, despite ‘everyone knowing’ they could not be grown commercially south of Dargaville. He closed off a corner of the shed and installed a pipe heater to keep the tubers warm through the frosty Motueka winters. He turned his tobacco beds into mini glasshouses and insulated them with a layer of grass clippings so the plants sprouting from the sand-covered tubers survived the cold. The digging machine he designed to enable harvesting in wetter conditions than were typical in the North Island looks like a spaceship. Julie’s mum was no less creative: fed up with the cats trying to eat the family’s pet goldfish, she used macramé to make a combination pot-plant and fish-bowl holder and hung it from a hook in the ceiling. Other people built boats and souped up cars and tinkered in sheds and kitchens.

The ‘but why didn’t Pearse get credit?’ part is a lot harder.

The Christchurch City Libraries’ Local Heroes archive points out that Richard Pearse’s patent applications are the only written records of his work. He worked alone, did not keep records of his planning and building process or his attempts at flight, and avoided publicity, in part because he was convinced people were trying to steal his inventions. Despite the ingenuity of his designs, ‘Pearse’s work remained unknown and had no impact on the development of powered flight’.3 In later life Pearse became paranoid, and he died in Sunnyside Mental Hospital in Christchurch in 1953.

So we could put this down to one person’s idiosyncrasies and individual circumstances, then.

For those of us who grew up in the 1970s, Richard Pearse was the archetypal New Zealand hero. A plucky underdog, enormously creative, who didn’t make a penny out of his inventions. Someone who epitomised ‘if you want to go fast, go alone’. In the minds of the people we grew up around, these were all good things.

Julie’s kids, who have been largely raised in the United States, simply can’t relate to this point of view. Their model of a super-secretive, highly creative inventor with interesting personal quirks is Apple Computer co-founder Steve Jobs. Richard Pearse designing a flying machine and then doing nothing with it seems as preposterous to them as Apple not commercialising everything starting with ‘the i-’.

Some of the reasons for these different views of ambition are generational, and some are cultural. But, regardless of the cause, what we believe is possible makes a difference to where and how far we aim.

Most teens think Facebook is for old people. But these same teens have grown up hearing people talk about how Mark Zuckerberg sat in his dorm room and created something that in October 2018 had more than two billion active monthly users and was valued in the hundreds of billions of dollars.4

Obviously an offer of a billion bucks was a big deal, and warranted a board meeting. Zuckerberg kicked it off, saying, ‘This is kind of a formality, just a quick board meeting, it shouldn’t take more than 10 minutes.’5 Thiel and Breyer agreed, but both were surprised when he added, ‘We’re obviously not going to sell here.’

At the time the decision came in for plenty of criticism, much of it in the vein of ‘this is what happens when you have a 22-year-old founder who doesn’t know when to take the cash’. But everyone who tells this story is clear that Zuckerberg’s logic wasn’t about the money.

Peter Thiel says Zuckerberg was troubled by the fact that Yahoo didn’t have a vision for Facebook.6 Zuckerberg himself, in his commencement address to Harvard University, said ‘my hope was never to build a company, but to make an impact ... I wanted to see if we could connect more people’.7 In other words, he didn’t want to sell because he hadn’t yet achieved his ambitions for Facebook.

We don’t know if Richard Pearse’s work would have led to the 747 if he had been more open about it, in the same way that we do not know if Yahoo would have made a great success of a Facebook acquisition (we can hear our tech-sector friends scoffing from here). But the differences in the ambitions and approaches of these two great innovators are interesting and seem to have influenced their relative success.

With that, on with the story.

In Chapter Two we define our terms and examine what has been said about New Zealanders and ambition. Chapter Three explores the connections between ambition, economics and wellbeing. Chapter Four looks at the science of ambition and whether it is something you are born with (spoiler: yes, but maybe not in the way you think). Chapter Five sets out the results from our survey of what New Zealanders think about ambition. And Chapter Six concludes with some thoughts on what we make of all this. 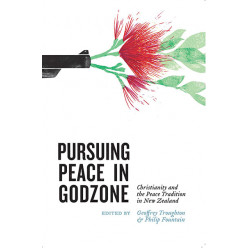 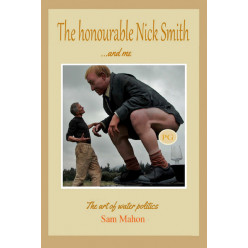 The Honourable Nick Smith and Me
This story is set in a small province in a castaway corner of the world in a country so small that e..
$8.00 text_tax$6.96
Add to Cart
Add to Wish List 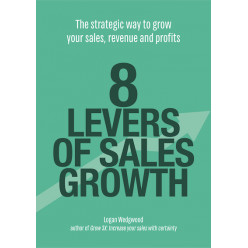 8 Levers of Sales Growth
‘Whether you want more scale or more profit, there are eight simple levers you can pull for sales su..
$1.99 text_tax$1.73
Add to Cart
Add to Wish List 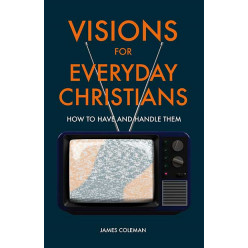 Visions for Everyday Christians: How to Have and Handle Them
I’m sure we have all prayed, ‘God speak to me, show me!’ In this book James Coleman answers a very b..
$14.99 text_tax$13.03
Add to Cart
Add to Wish List 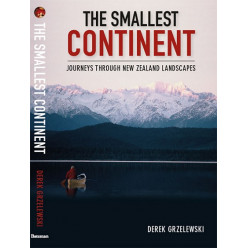