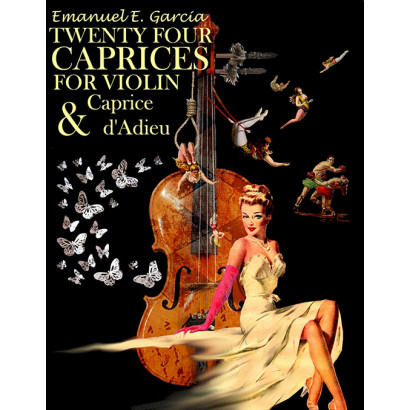 A collection of whimsical, fantastic, poignant, macabre and capricious tales, each of which features the violin. Set in wide-ranging locations and milieux, from Vienna to Nashville, Florence to New York, Venice to New Zealand, they capture the bittersweet and ridiculous nature of human follies — romance, repression, vanity, fidelity, ugliness, adultery, mischief, mastery, innocence and betrayal.

From: Twenty Four Caprices for Violin and Caprice d'Adieu, by Emanuel E. Garcia

Violin Caprice No. 6 (The Golden Fleece)

What happened to Kikinski? You will scarcely believe me, but so be it. Listen: I swear to you on the grave of my mother to give you the truth of it all. Cameriere, un bicchiere di vino, per favore!

Kikinski was given to wild, exorbitant and dramatic gestures on the podium. It is true indeed, however, that he electrified audiences, and even those cynical and weary musicians who played for him grudgingly admitted that his sense of timing was, well, unnerving. I refer to his uncanny ability to erupt like a veritable volcano and leap into the air, taking the orchestra with him, or to thrust his baton as powerfully and incisively as a coup de foudre at preternaturally precise moments of a performance, keeping both players and audiences on edge, and sometimes, breathlessly so. But it was his trademark lavish and singular mane of hair that lent a special galvanic grace and set him apart. Because his hair – well, in the interests of exactitude, it wasn’t exactly his hair, but I will get to that in a moment – fell to his shoulder blades, there were many possibilities. In quiet rhythmic passages it could swing gently and softly from side to side, and of course in more explosive moments it would uncoil like a whip before fluttering back. As Kikinski’s head was never still his golden locks constantly shimmered. The orchestra’s marketing advisors took full advantage and the orchestra itself had become virtually synonymous with the halo of Kikinski’s dazzling flying curls.

For Kikinski, being vastly bald, keeping up this image had its challenges, challenges he had artfully conquered. He had recognised quite early in his career, as he grunted his way up the narrow ladder to notoriety, that his youthful plumes would soon give way to the smooth shining nothingness of his father and grandfather. All are born bald, all achieve baldness, and some have baldness thrust upon them far too soon; Kikinski was one of these latter. True, for some men baldness was an attribute, a sign of virility, but owing to an irregular and misshapen skull Kikinski could not count on baldness as a blessing. I use strong but accurate words when I say that he positively feared it, that he trembled before the prospect!

Fate came to his rescue in the form of a very pretty French violinist of the second section – and really, she was an adorable vixen as well as a decent but unremarkable fiddler. In an uncharacteristically forthcoming moment, enchanted by her charms, he confessed his concerns for the future of his looks and, consequently, his career. To his immeasurable surprise, his sagacious lover suggested a remedy that was to prove a masterstroke. She urged him to shave his pate immediately and allow her to construct a wig – a wig that would be indiscernible from his now-flowing locks and that, under the guidance of her deft fingers, would change imperceptibly and appropriately over time. His flourishing fleece would appear to age naturally with him while yet preserving the illusion of endless youth. This of course required great skill, unflagging attention, and a pact of secrecy.

Kikinski, being wary, initially demurred, but when she came to him with an example of her handiwork and set it upon his head, he was completely enthralled. Her delicate fingers tousled and arranged to perfection the curls and strands of the hairpiece while the maestro gazed at the mirror with satisfied acceptance. ‘What a good looking fellow,’ he thought, ‘what an irresistible rogue!’

Mlle. Tesi hailed from a family of beauticians and apothecaries in Provence and in short order not only did Kikinski have his ideal head of hair, he also received, through the generous Frenchwoman, an herbal tincture that cured the insomnia that had dogged him forever and would have aged him beyond his years if unchecked.

As he admired her latest example of artistry one evening in anticipation of a minor event, only local dignitaries, alas, scheduled to be present, she allowed the very tips of her fingers to caress the lobes of his partially obscured ears. This was a sign that she, who in matters of the boudoir was as ceaselessly fascinating as in matters of coiffure, would more than compensate for his frustrated ambition.

Kikinski came to regard Mlle. Tesi as irreplaceable. As he ascended the ranks and forged an illustrious career, he brought her along with him and safely placed her into the midsection of his latest orchestra’s second violins where she performed quite competently, if indifferently, and elicited little envy from her more musically ambitious female colleagues. In a moment of weakness he even contemplated marriage to preserve the secret that became more precious with the passing of time – an institutional fortification, as it were. But the knowledge that her own station was firmly in his control, and that her provenance from the lower social orders would make her eternally give thanks for an association with his noble pedigree and celebrity, kept him from taking this fatal step. They were in any case married in all but name, though they lived apart to insulate each other from the mundane and passion-mitigating demands of the ordinary. On the several occasions when he was fleetingly tempted to stray, a simple gaze in the mirror confirmed her unequalled talents. Risking her loss would amount to risking the loss of his own ideal, now gazing back at him enchantingly.

The conductor mused dreamily upon such matters as his lover’s fingers massaged his scalp in preparation for the application of the fixative that held the talisman in place, a fixative of her own devising that withstood the most violent of movements and therefore gave Kikinski complete freedom from worry to cavort and exhort on the podium. He shook his head and counted his blessings. His dutiful and adoring acolyte was putting the finishing touches on his own ravishing mien, inflaming him as not even a Carmen could!

A very fetching and very fine violinist half Kikinski’s age and two-thirds the age of Mlle. Tesi, had come to town to perform the Poème of Chausson – musically a rather trivial piece, though not without a certain charm and providing an opportunity or two for drama. The soloist had, in addition to a modest curvaceousness, the most lustrous and alluring auburn hair, hair that nearly rivalled his own for effect: it magnetised his attention. She was also refreshingly accepting of his musical suggestions; she hung in fact upon his every pearl-like utterance, unlike the usual pigheaded brutes who would acknowledge his direction as if under hardship, arrogant bastards! She, however, while at rehearsal sought out his recommendations and even requested, if he could spare the time, which was hard to imagine for so busy and important a man as he, a private coaching session.

Somehow Kikinski, to the sly amusement of the orchestra, might just manage an hour or two out of his impossible schedule, for after all, they were servants of Music, were they not? Kikinski’s strange ruddiness and a smile that threatened to expose his gumline did not go unnoticed by Mlle. Tesi.

He and the violinist spent the entire afternoon in the blissful explorations of the marvels of Chausson’s score, the subtle and beautiful intricacies of the engagement between the violin and orchestra, and the far-reaching metaphorical underpinnings of the composition’s palette, agreeing, the both of them, that no other such paean to Love, magnificent, daunting, tender yet all-fulfilling Love, had ever been composed. Had it not been for the maestro’s fear that his locks would not survive the natural extension of their inquiries, their discussions would have been singularly deepened that very day. They swore, however, to continue their investigations after the concert.

Kikinski, who was certainly no fool, knew enough of feminine intuition to realise that Mlle. Tesi might suspect something amiss when she arrived to prepare him for the evening’s performance. He therefore determined to suppress his burgeoning elation by assuming an attitude of easy (not exaggerated!) nonchalance. He also hit upon a shrewd psychological ploy sure to bury any misgivings: he casually suggested that she tend to the violinist’s coiffure, for the poor thing was clearly in need of grooming, anything to spruce up that savage mop with which she was afflicted. As she had in past occasionally lent a similar hand to visiting artists, Tesi cheerfully accepted her commission. To know that his current lover would be caressing his lover-to-be gave the clever Kikinski a secret thrill and only added to his already frenzied anticipatory excitement.

Timing is everything, and as I’ve already told you, Kikinski was a master. He had worked out to perfection his every gesture during the performance of the Poème, which would conclude the evening’s programme. At first he would be still, allowing his nymphette with her singing instrument to trill and shine amidst the shimmering orchestral textures. Occasionally he would meet her eyes with his own to find her welcoming fire with fire, and as the composition wove its way to the heights, he would become bolder and more demonstrative in his choreography until, at its climactic peak where violin and orchestra surge together in ecstatic intensity moments before the quiet impressionistic ending, he would suddenly whip his head and torso towards her and raise his baton to the heavens.

As Kikinski strode onstage with the violinist it is fair to say that he, with his golden-grey glowing curls, and she, with her magnificent dark tresses bound in a stunning quiff, augmented by an elegant gown with sensational décolletage, seemed king and queen of some fabulous realm. The Poème unfolded and she played freely and fluidly, buttressed by the maestro and his minions, and in perfect intonation. The audience was utterly enraptured by this dream-like new world opening before them, but when Kikinski uncoiled they were unprepared.

It wasn’t so much the astonishing flight of Jason’s fleece from Kikinski’s head to the tip of the violinist’s bow that led to the uproar, although that was shocking enough, for the bald and exposed conductor with his lumpy pate cut a very poor figure, and the reflexive flick that hurled his wig onto an unsuspecting concert-goer caused some mild dismay. Imagine, however, the reaction of the beautiful violinist when at the exact same moment a small rodent (some say it was a gerbil, others a field mouse, some a hamster, and still others an immature rat – one will, alas, never know) awoke from its nest atop her head and scampered southwards upon her to another haven.

In matters of timing, Mlle. Tesi cannot have asked for anything better. 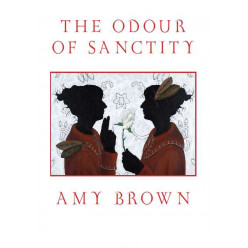 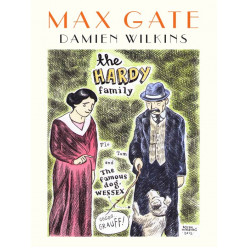 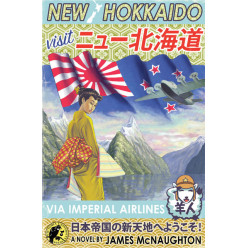 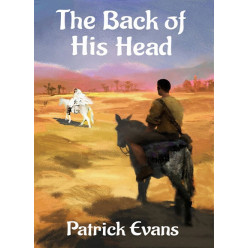 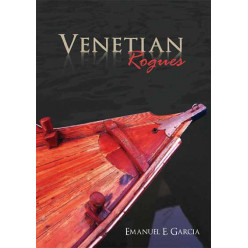 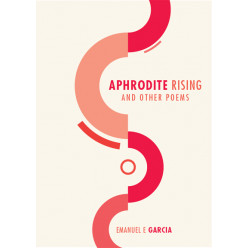 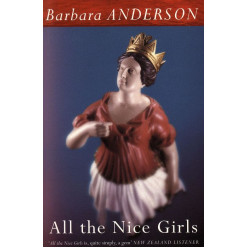 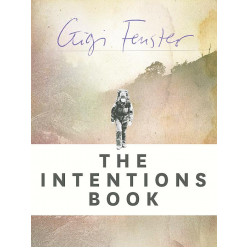