"The Burning River" is set in an alternate Aotearoa, a possibly post-apocalyptic landscape where people get by mining plastics in swamps and making tinctures against diseases contracted from polluted rivers. Meanwhile, up on the hill, the people there have fenced off a beautiful piece of forest, and the best of the water.

In a radically changed Aotearoa New Zealand, Van’s life in the swamp is hazardous. Sheltered by Rau and Matewai, he mines plastic and trades to survive. When a young visitor summons him to the fenced settlement on the hill, he is offered a new and frightening responsibility—a perilous inland journey that leads to a tense confrontation and the prospect of a rebuilt world. - VUP

It's a strange and delightful book. Aotearoa is present in every line - the landscape, the language - but all just slightly twisted away from the reality we know. Van, the protagonist, is eminently relatable - a basically good guy, with a few complexities, woefully out of his depth as he is pushed into an adventure and quest he really isn't prepared for. Like all good protagonists, he rises to the challenge, with enough stumbles along the way to make int interesting.

Patchett has created a rich world in this book - one which resonates with the Aotearoa we love. It is never explained what happened to make it the way it is - that is left to the reader to work out - but in a world of climate change and environmental crisis it is not hard to connect the dots.

Highly recommended for anyone with a love of speculative fiction drenched in everything Aotearoa. Spend some time with this tale. You wont regret it.

Lawrence Patchett is a Pākehā writer of fiction. His first book, I Got His Blood on Me: Frontier Tales, was awarded the NZSA Hubert Church Best First Book Award for Fiction. In 2013 he was awarded the Todd New Writer’s Bursary. Raised near the Waikirikiri/Selwyn River in Canterbury, Lawrence now lives near Wellington with his partner, and has two daughters. 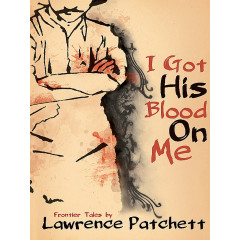