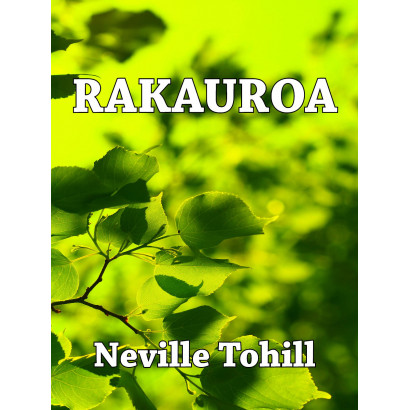 “Rakauroa” starts off introducing Michelle, a 12 year old girl, and placing her at Rakauroa, inside a computer file. She walks up a dirt road to be met by a group of Maori, led by a man called Pouwharangi. He explains to Michelle about Morgor, a computer virus, trying to take over the computer, and the Sargons, their computer virus protection, who are trying to defeat Morgor. He also explains the history of the valley, which includes a love story of two Taniwha, and informs her that C’Nedra (pronounced S’Nedra), the Sargon commander, has lost her 6 year old daughter to Morgor. Michelle is then told to go and get help from the outside.

Next we meet Johnathon, a 12 year old boy, confined to a wheelchair because of a car accident which also killed his father. He gets drawn inside the computer by Michelle, who has to gain his confidence and persuade him to help to get rid of Morgor. To do this, they have to journey up the Rakauroa Road to see Pouwharangi who has become trapped at the top. They have to avoid detection by either the Sargons or Morgor as the road has been shut and anyone caught on it is to be killed.

Along the way they team up with Lisa, a one metre tall Lesothosaur, who was accidentally brought forward in time from the Jurassic period by the Sargons. They encounter dangers, including a carnivorous swamp-dwelling dinosaur which nearly kills Michelle; a cloned frog who calls in heavy shells on them; and having a gun battle with some of Morgor’s men in which Johnathon gets shot, but eventually they make it up to where Pouwharangi is, only to get captured by the Sargons.

Before the final battle between the Sargons and Morgor, both Johnathon and Michelle have to leave the computer file that the battle is to take place in; Johnathon so he can exit the computer and use his keyboard skills; and Michelle for her own safeties sake, however, unbeknownst to anybody, Michelle sneaks back in, and there the story develops a fatal twist.