From Silence to Voice - The Rise of Maori Literature 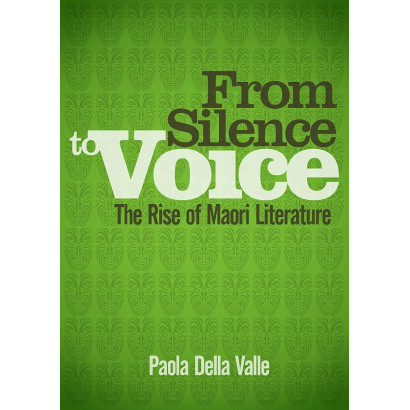 Before the 1970s, Maori existed in New Zealand literature as figures created by Pakeha writers. The Maori renaissance of the 1970s changed all that. Fiction writers led by Ihimaera and Grace challenged earlier stereotypes and inherited literary forms, creating a new body of writing that has redefined the Maori in literature. Until now no single comprehensive critical work has followed this evolution. Paola Della Valle’s landmark book sets that to right. From Silence to Voice portrays the early ‘silence’ of Maori in New Zealand literature – characterised in caricature by colonial writers, then in increasingly sympathetic portraits from the likes of Frank Sargeson, Janet Frame and Noel Hilliard – through to the new and challenging works presented by Maori writers themselves. In an academically brilliant yet easily read analysis, Della Valle also stresses important links with the literature and culture of Italy.