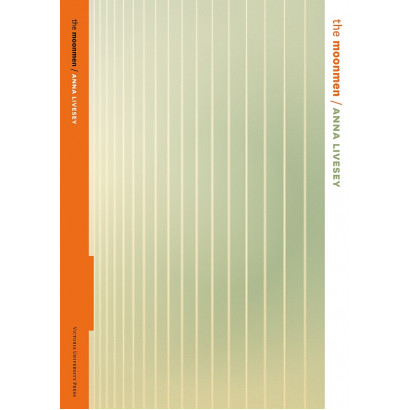 The follow-up to Anna Livesey’s acclaimed 2003 debut collection Good Luck, The Moonmen contains poems that capture the eerie and exhilarating edges of daily life, poems which draw on her experience of the American Midwest, and poems responding to her mother’s illness. These poems combine a crisp and shapely style with breathtaking openness and urgency in addressing personal material.

Anna Livesey has an MA in Creative Writing from VUW and was the 2003 Schaeffer Fellow at the Iowa Writers’ Workshop. Her poems have been published in Sport, Landfall, Takahe, Poetry NZ and Best New Zealand Poems, and she has twice won the Macmillan Brown Prize, for the long poems ‘South Seas Analecta’ (2000) and ‘Napier’ (2002), both of which are included her first collection of poetry, Good Luck (2003).