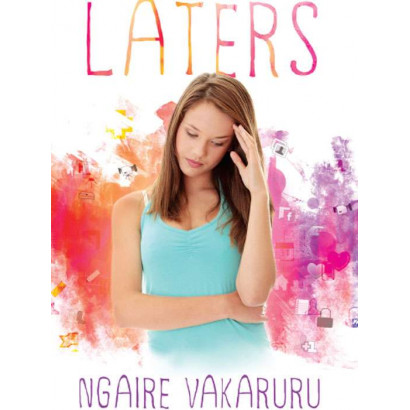 Fourteen-year-old Mary feels trapped in her strict religious family. On Facebook she finds freedom chatting with twenty-year old Sean. As their friendship develops Mary weaves a web of lies so they can meet. Where will this relationship lead? Mary believes she has fallen in love with Sean but her life changes dramatically within the course of a few days. Why do her parents send her to Australia? There she meets Tevita. Who is this young man from Fiji and what part does he play in her life? How does she learn that hope can shine through despair?

'Laters' is a gripping story about a teenager's struggle to take control of her life and to find her own pathway through challenging circumstances. It explores questions that are at the heart of a teenager's journey.

From: Laters, by Ngaire Vakaruru

The browning leaves of the palms strained against the strong breeze as the blue mini lurched around the steep bends to Whatipu. The sharp corners, potholes and loose grey shingle provided a challenge to the best of drivers. In the back seat of the car Paul pushed Mary away from him into the door.

‘Move over, dumpster. Why the hell can’t you stay on your side of the seat?’

Mary pulled herself further towards the half-open window and looked out at the spidery seeds of the palms. They were clinging to their fronds as if protecting themselves from a possible storm.

Paul whispered just loud enough for her to hear.

‘Trouble is, dumpster, you can’t control that huge arse of yours. One swipe and you’d knock down an army, just like a pack of cards.’

Out of the corner of her eye Mary took in his familiar mocking grin. She pressed her tearful face against the glass.

‘Yes you have, you snitch.’

Fire burned inside Mary. She turned to Paul with her eyes blazing.

‘Well, who told Mum where the bong was?’

‘Oh yes you did. How else could she know?’ Paul began to prod her arm.

‘Hey, stop that. It hurts. I haven’t a clue how Mum found out. But I didn’t say anything.’

‘You liar.’ Paul’s sneering face came right up to hers and he wrapped her arm in a vice-like grip.

‘Mary, I’ve told you not to provoke him. You’re the oldest. Just enjoy the beautiful scenery God has given us.’ Her mother’s voice held no understanding of how annoying a younger brother with ADHD could be.

Mary shook her arm free. She ground her teeth and held her breath until she thought she would explode. ‘Yes Mum’ rode on the outgoing burst of air from her lungs.

Paul smirked, ‘Got you again. Dumpster, dumpster, fat, fat just like a rat.’

Mary’s dad took his eyes off the road, turned and nailed her with his ‘don’t mess with me’ look.

‘Shut up, Mary. Do what your mother says. Show some maturity.’

‘But Dad…’ Mary slumped back in her seat.

‘Watch where you’re going, Tom. There’s a steep drop over there.’ Beryl pushed her hands against the dashboard of the car to steady herself.

Tom tightened his grip on the steering wheel.

‘I know what I’m doing. Now shut up, Mary. How many times have you been told to ignore Paul when he goes over the top?’

Mary turned to Paul, her face red. ‘See, you always make it look like it’s my fault.’

‘Well it is. Who’d want you for a sister anyway – fat, ugly and a snitch.’

‘Owww.’ Mary screamed as his fingers dug deeper into her arm. She slammed her fist into the look of hatred on his face.

Beryl turned to her husband.

‘Tom, do something. She’s driving me mad.’

‘They’re both driving me mad!’

Tom pulled the car over onto the side of the road, flung open his door and got out. He opened the rear door. ‘Out you get, Mary. We haven’t got far to go. You can walk. The fresh air might do you some good.’

Mary clambered out of the back seat and slammed the door. ‘A chance to get away from you lot. What a bullshit family.’

She broke into a run, her brother’s laughing words drifting out the open window. ‘Laters dumpster.’ She ran along the edge of the road away from the car and down into the bush. Soon she was alone in the stillness while the rest of the family continued their journey to her aunt’s holiday home, tucked into the hillside close to the wild coast of the Manukau Heads. Her heart raced. Her breath came in short gasps. Her leg muscles struggled to keep her from falling. She plunged down the mossy track. She clambered over fallen branches and slid under twisted trees.

Without warning she slipped on some dark green moss. She lost her balance. She felt herself crashing to the ground. Like a robot her hands flew out in front of her. They cushioned her fall. She lay there. Mud was in her mouth. Tears were streaming down her face. Her body was shaking. The cold wet moss soaked into her clothes. Old questions entered her thoughts. What’s wrong with me? Why does everyone hate me? Why did God put me into this family?

The warmth of the sun broke through her dark mood. Mary lifted her head. There was no sign of the angry clouds that had been building up during the early afternoon. She pulled herself to her feet and wiped the mud and sweat off her face with the bottom of her T-shirt. She’d grazed her knees and hands but everything else seemed to work. Now she had to climb back up the hill to the road. Tiredness took over and she sank down on the moss. Through a break in the trees she caught a glimpse of blue. She concentrated on listening and there it was – the murmur of the sea. If she kept on going down, perhaps she could make her way round the coast to the house. Yes, that was the answer. She would walk around the rocks by the sea.

She stood up again and set off, this time making careful choices about where to put her feet. She held onto anything that looked solid. Tree roots were a danger but she stayed upright. When she saw the sea ahead through the bushes her rapid breathing slowed. Nearly there. She hurried and soon stepped out of the bush and onto the rocks. With care she made her way over the sharp barnacles and oyster shells. Thank God for cross-trainers. They saved her feet from cuts. Intent on keeping her balance and humming to herself she worked her way over the rocks, her head down. The crevasse-like gap in front of her came as a shock. The sea was crashing in, cutting her off from the rocks she needed to climb over to get to Whatipu. 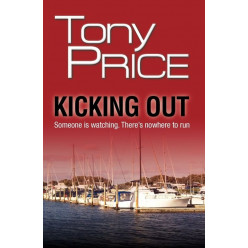 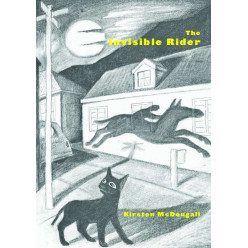