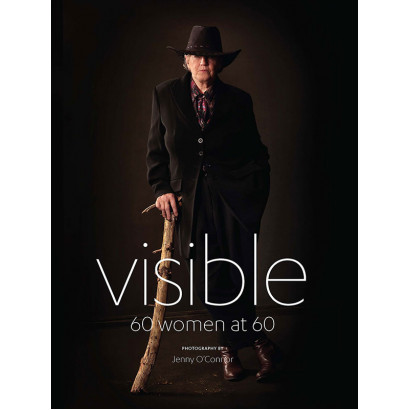 This book is a collection of 60 portraits of women at 60 and their stories. The book gently pulls back the curtain and allows the reader a glimpse into each woman's personal experience of being 60 in today's world.

Through the photographs and words you may feel a sense of connection, be moved, surprised, curious, perhaps challenged or simply enjoy the images of these gorgeous women.

Reviews for Visible 60 Women at 60 can be found at the following sites:

In 1952, there were 51,928 registered births in New Zealand, the highest recorded in the history of the nation. I was one of those babies. Along with the other 60 women in this book we are members of the ‘baby boom’ generation – the generation born in the prosperous post-war years between 1946 and 1964. Most of us have lived very different lives to our mothers and grandmothers.

The book has been three years in the making. As I headed towards my own 60th birthday in February 2012, I began to sense this milestone was different. I saw it as a period of transition, more certain in some ways but less certain in others. It started me thinking about where the years had gone, reflecting on the past, knowing what is important now, considering new opportunities and preparing for the future.

I wondered what other women my age were experiencing. How do they feel when they reflect back on the last 60 years? How do they see themselves now? How does society see them? How do they feel about what lies ahead? I decided to explore these questions by talking to and photographing 60 women who are 60.

I gave the project a working title of ‘Seeking 60’ and set up a studio near my home in Newtown, Wellington. A friend put out a message through Facebook and I started to receive emails and phone calls from women saying they had heard about the project, would like to know more and perhaps be involved. It went from there. I made the decision early on that I wouldn’t target any particular type of person; rather I would trust the process and let it evolve naturally.

I wanted women of all shapes, sizes and backgrounds and provided the woman was 60 sometime in the year she was to be photographed, I took her picture. The first photo was taken in March 2012, of Irene Murphy. The last one, of Jan Basill, was taken in June 2013.

I wanted to capture the women in their entirety – their physicality, their personalities, their spirit, their intellect and what is important to them at this time of their lives. Although clothing, accessories and props were used to bring out each story I think it is the face that brings the portrait to life. Her eyes, her expression and the direct engagement with the viewer through the camera lens.

For most of the women, this was a new experience and though every shoot was different there was always a moment when we both knew we had the ‘right’ shot. This was when the woman gave herself over to portraying what she wanted to say about herself at this time of her life.

The women have written their own words to go with their photograph. There were no interviews. Each was just asked to write whatever they wished to say. The result is powerful, engaging, sometimes mysterious, and above all truthful and honest.

I want this book to give the reader a glimpse into each woman’s personal experience of being 60 in today’s world. I hope that through the photographs and words you may feel a sense of connection, be moved, surprised, curious, perhaps challenged; or simply enjoy the images of these gorgeous women.

These images will live on in the homes of the women, their families and friends, on the bookshelves of people who love photography, and those who are interested in a social commentary from some of a generation of women who played a part in changing the world. 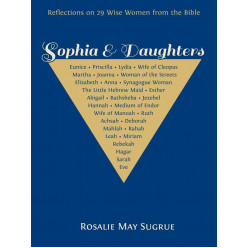 Sophia & Daughters: Wise Women from the Bible
Rediscover these Biblical characters as women of passion and compassion. Firmly set in a sout..
$30.00 $11.99 text_tax$10.43
Add to Cart
Add to Wish List