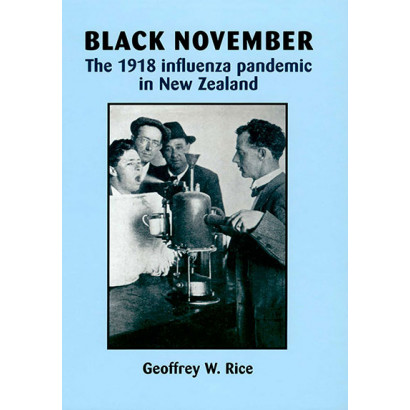 ‘Black November’ details New Zealand’s worst public health crisis, and its worst natural disaster. Over 8,500 New Zealanders died from influenza and pneumonia in just six weeks in 1918 when the country was swept by the so-called ‘Spanish’ influenza pandemic. Nearly a quarter of the victims were Maori, who died at seven times the death rate of European New Zealanders. Why did the bodies turn black? Why were Maori more at risk than the rest of the population? Why did the 1918 flu kill mostly young adults in the prime of life? Why did more men die than women? How did towns, neighbourhoods and households cope with the flu? What lessons can we learn from 1918 for any future flu pandemic? These are just a few of the many questions answered in this fascinating book.